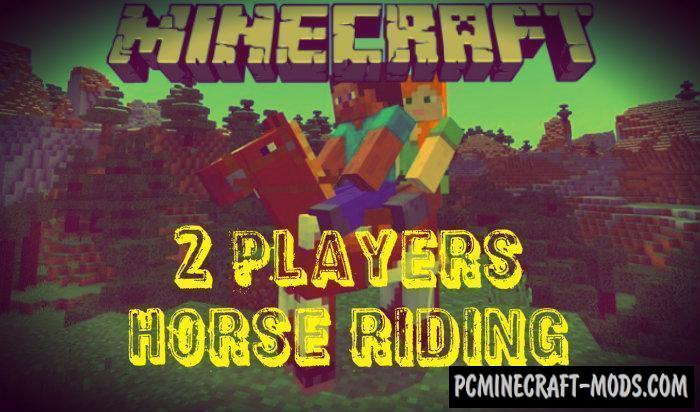 The mod will allow two players to ride the same horse at the same time! One player will control the horse, and the second will be able to attack enemies, which is quite convenient! Now it will become much easier to survive and also you will no longer need to spend a lot of resources on armor for a horse because it is enough to craft every single set.