Many players who make videos for YouTube or view custom modifications, in most cases use this pack because it deserves attention. We also recommend installing shaders to maximize the effect of changing resources. The author tried to preserve the vanilla style as much as possible, so that most players who are used to classic gameplay will like it.

As it became possible to change each of the blocks or things in the game, a team of more than 10 enthusiasts tried to create something like a texture pack that consisted of additional features for each of the things that the player sees in each of the biomes, vanilla structures, objects holding in hand, combining blocks during construction, etc.
In the period of 2016, the developers of this pack still managed to compete and move much further due to very good ideas that radically changed the presentation in vanilla gameplay. For example, it concerned the detailing of each of the blocks as well as following the idea of vanilla design, that is, you may notice that this will not change any block or item, but only complements them with new pixels – depending on the resolution you selected.
After 2020, this pack has received new features that still make changes to vanilla objects. This affected both villagers and blocks, as well as HUD elements and all items that the player holds in his hand. Now it has a little more additional pixels that improve the gameplay several times while not requiring huge costs for powerful video cards and RAM. That is, the authors tried to improve their pack as much as possible while optimizing it at the maximum level using JSON technology.

This was done by careful work on each block and a lot of tests with feedback from players. The process of improving to 32 and 64 pixels is very difficult, because sometimes you need to be creative, it’s something like restoring an image from a few pixels to hundreds of pixels that will create a better image. In the end, the author managed to create options that are closer to the original ideas, so that each biome or item will appeal to all fans and you will be able to explore all the places again, because there will be new details and it is very beautiful.
It also has a feature to change the appearance of those elements that the player most often uses. For example, you will notice that the golden apple has a completely different shape consisting of two apples and foliage, the crossbow has a smoother model that is more realistic, as well as blocks of diamonds, gold and water are much more realistic than before. 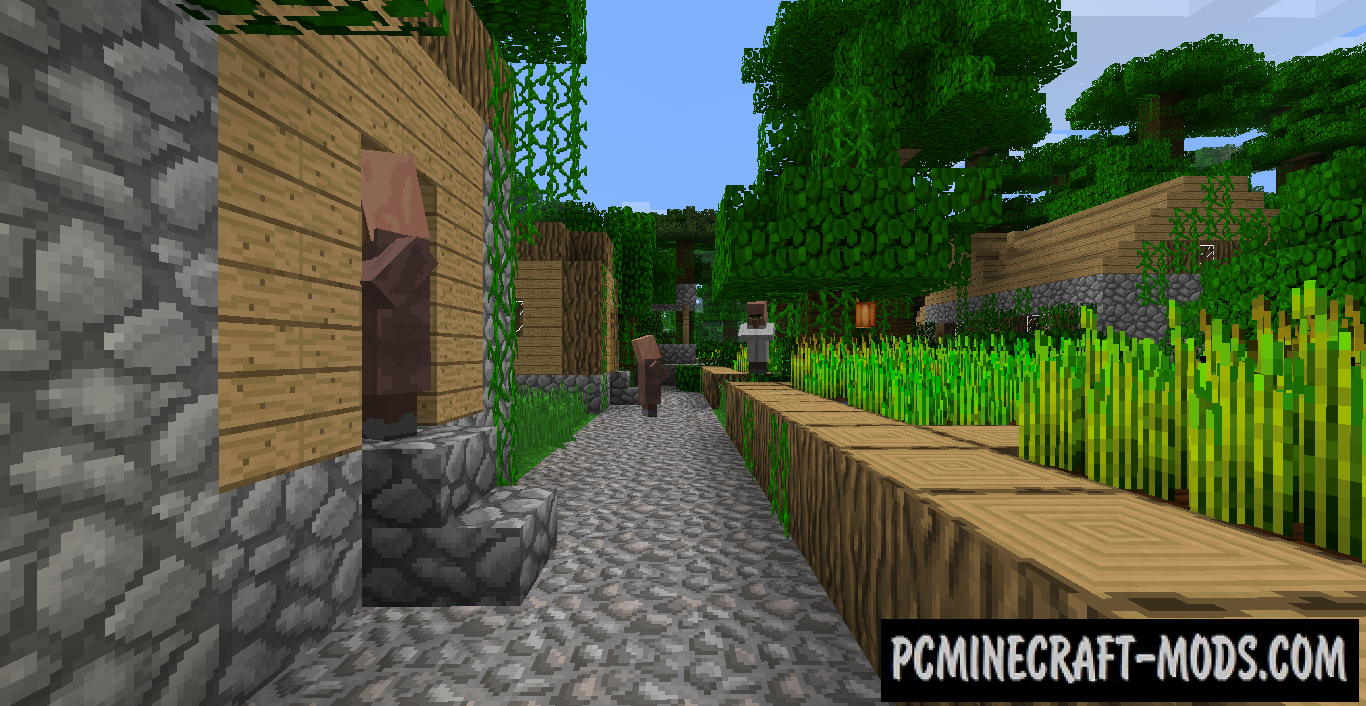 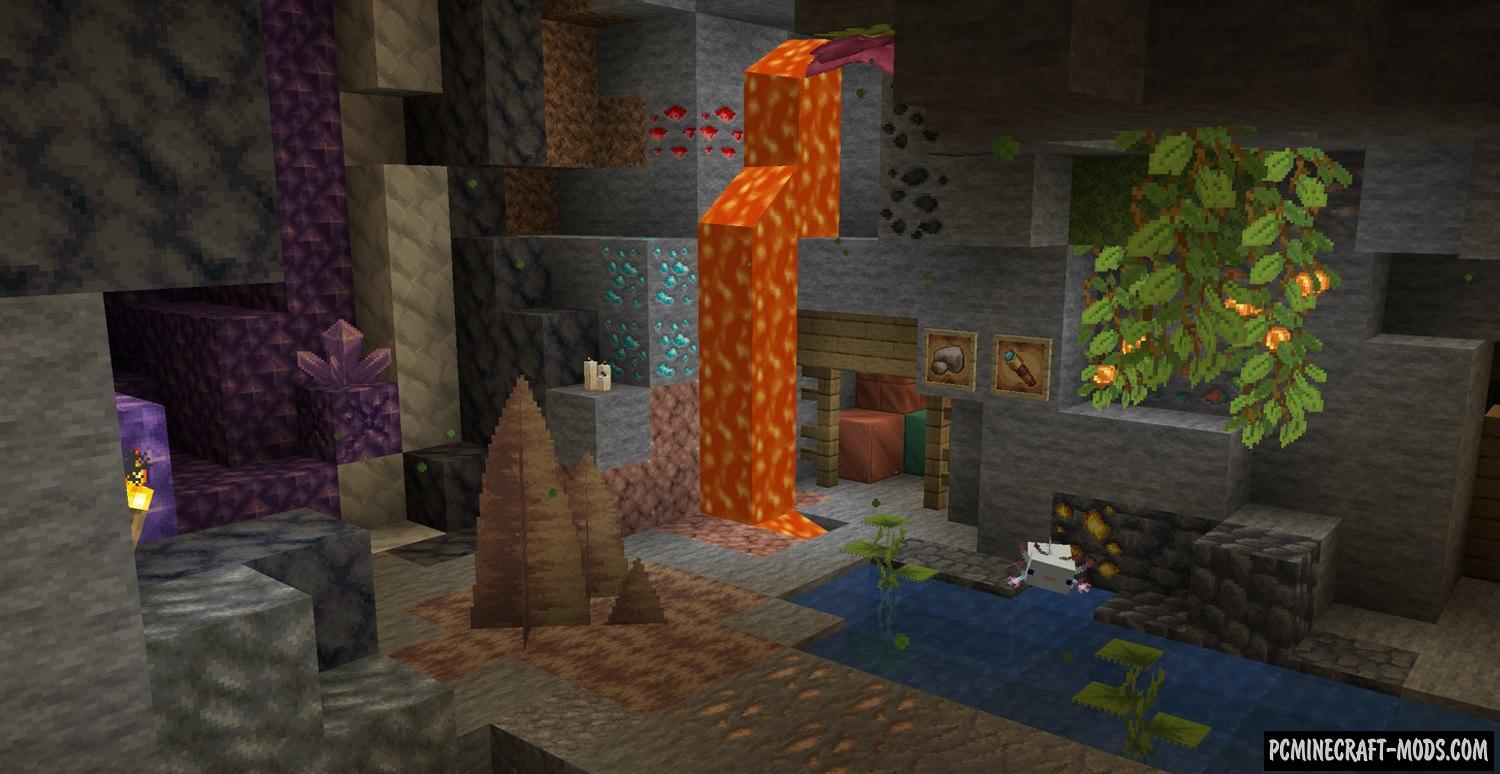 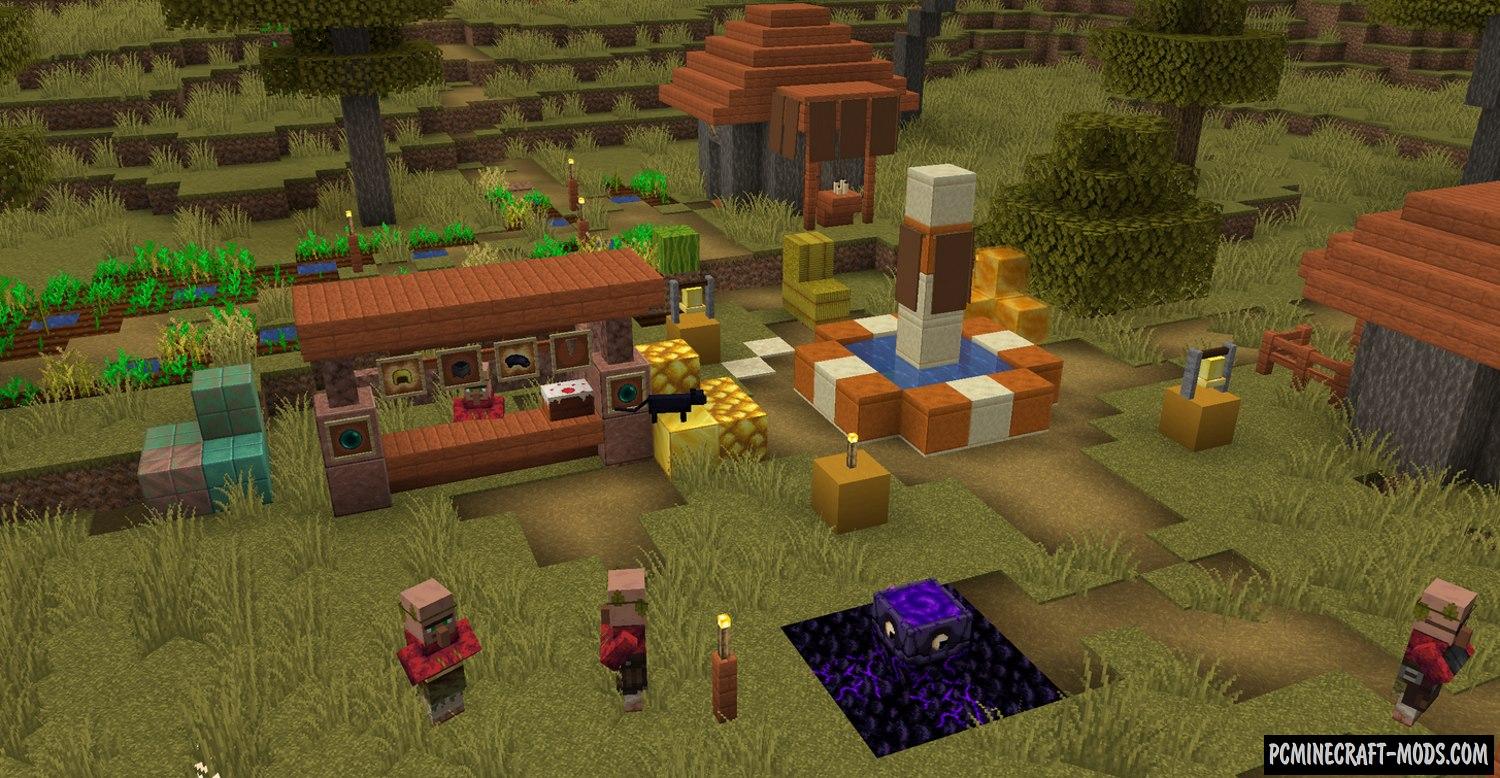 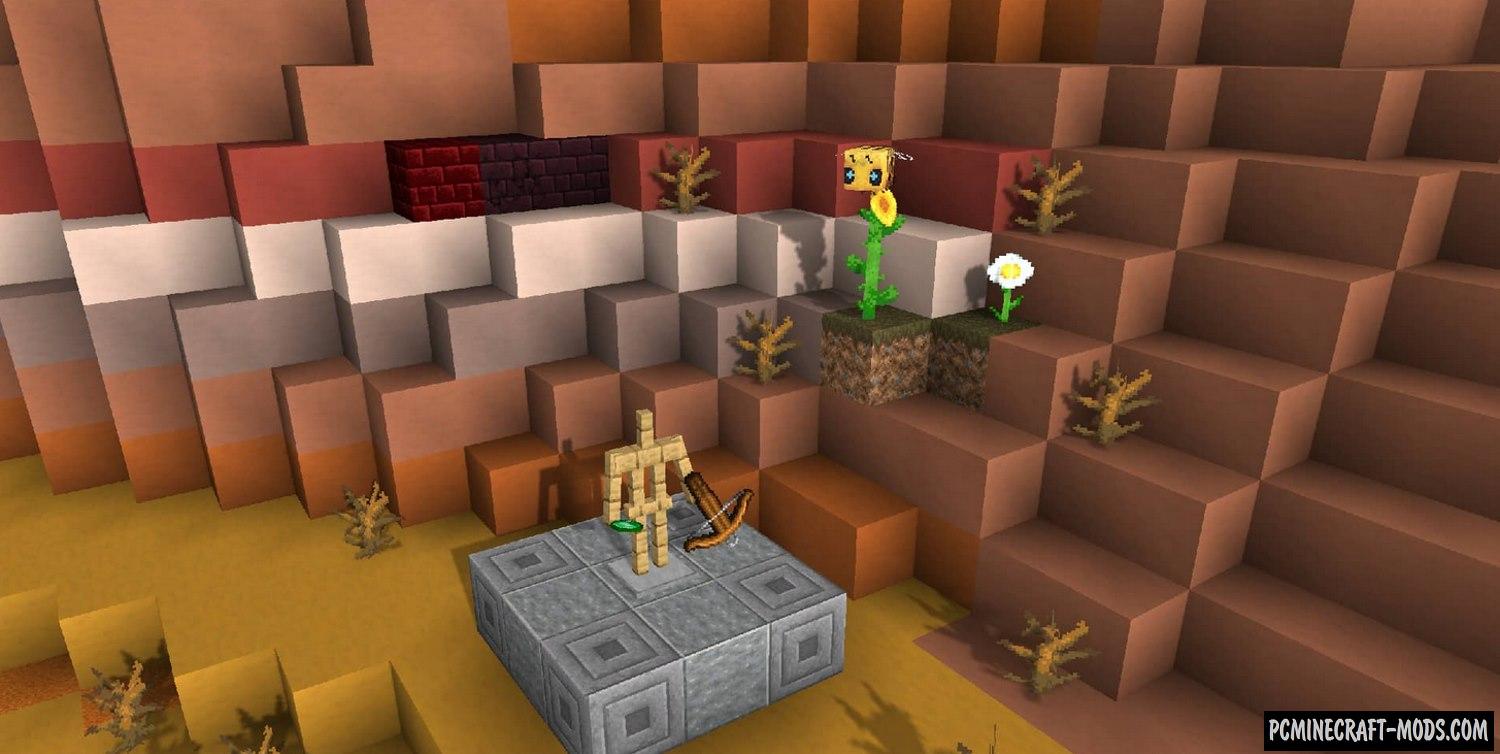 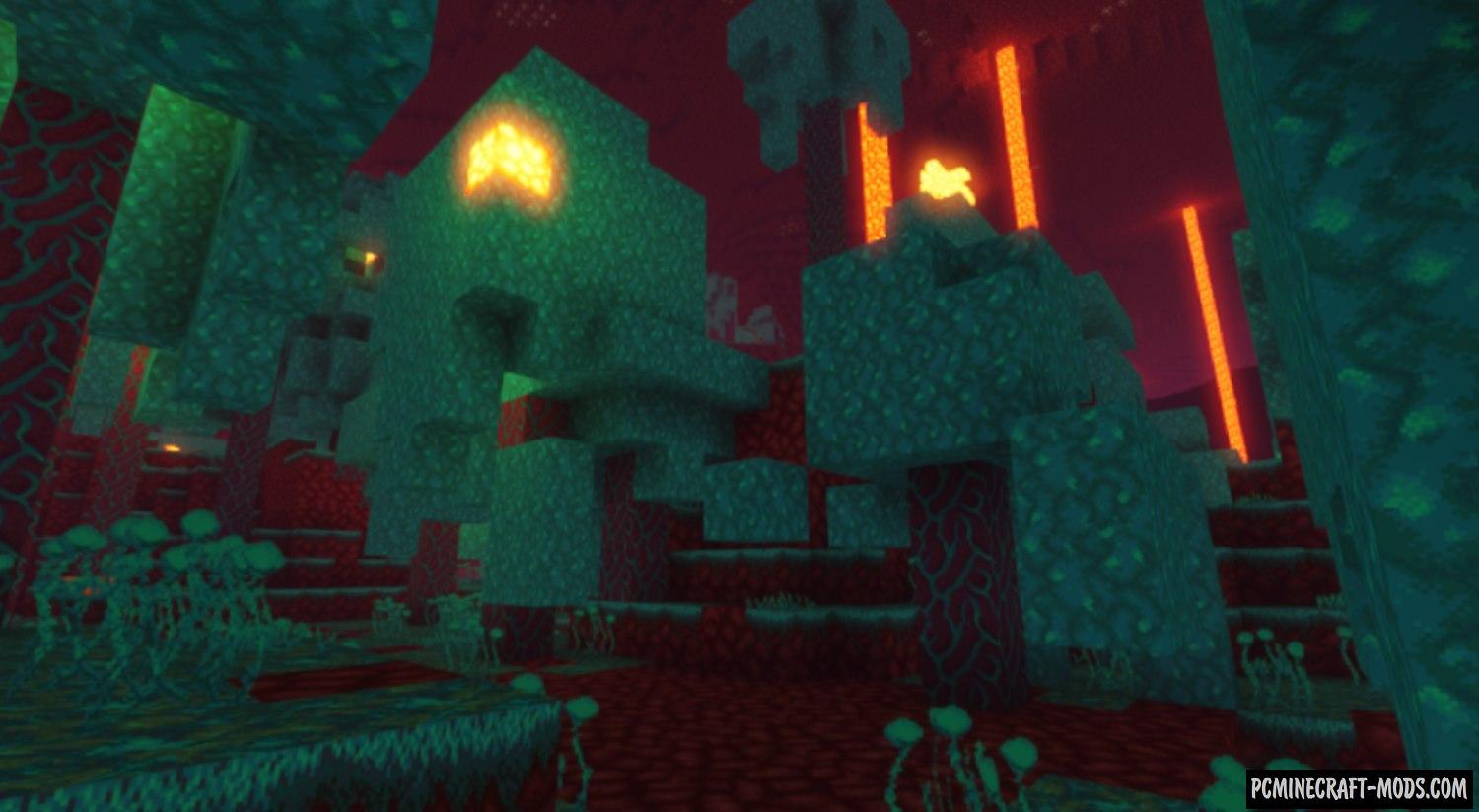 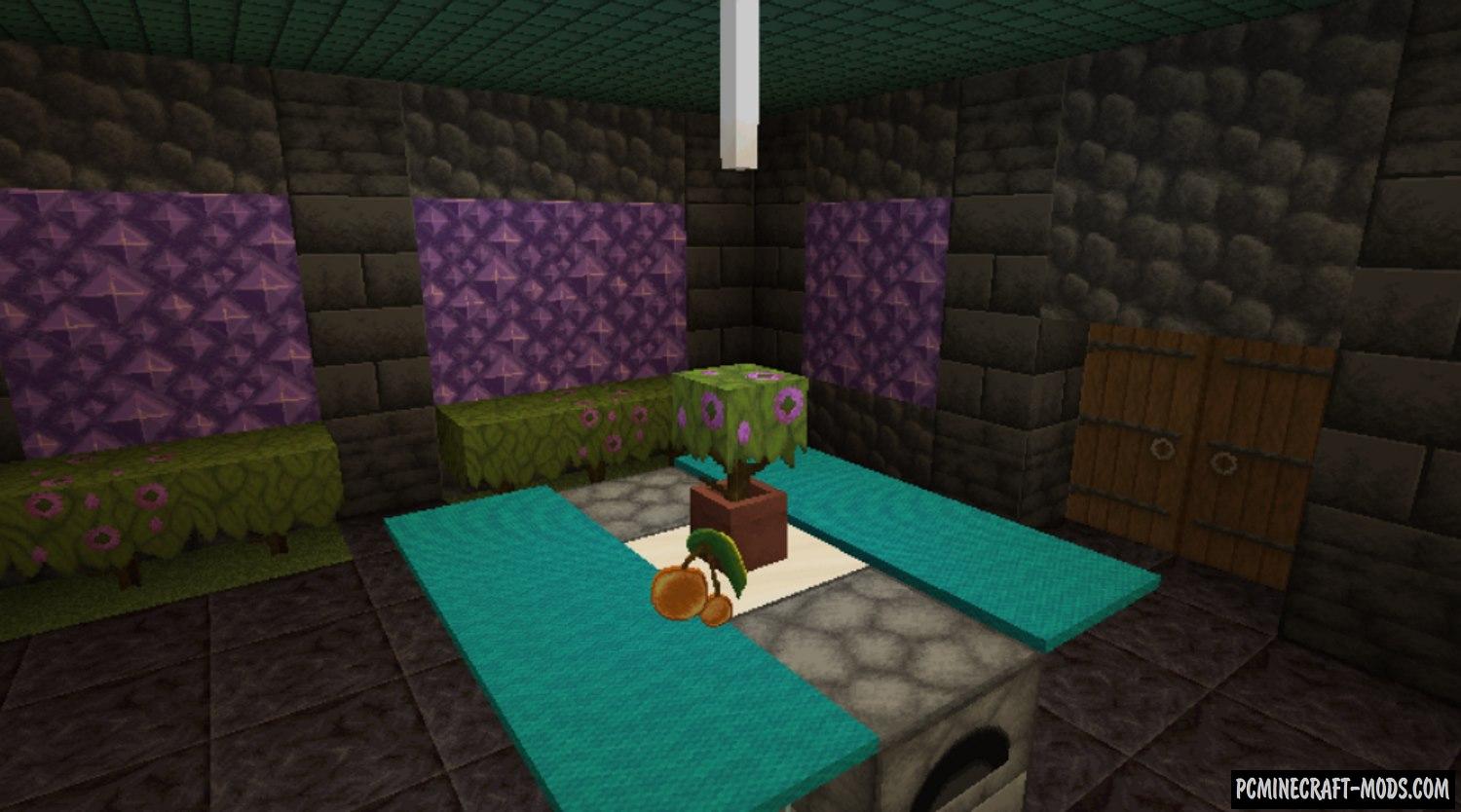 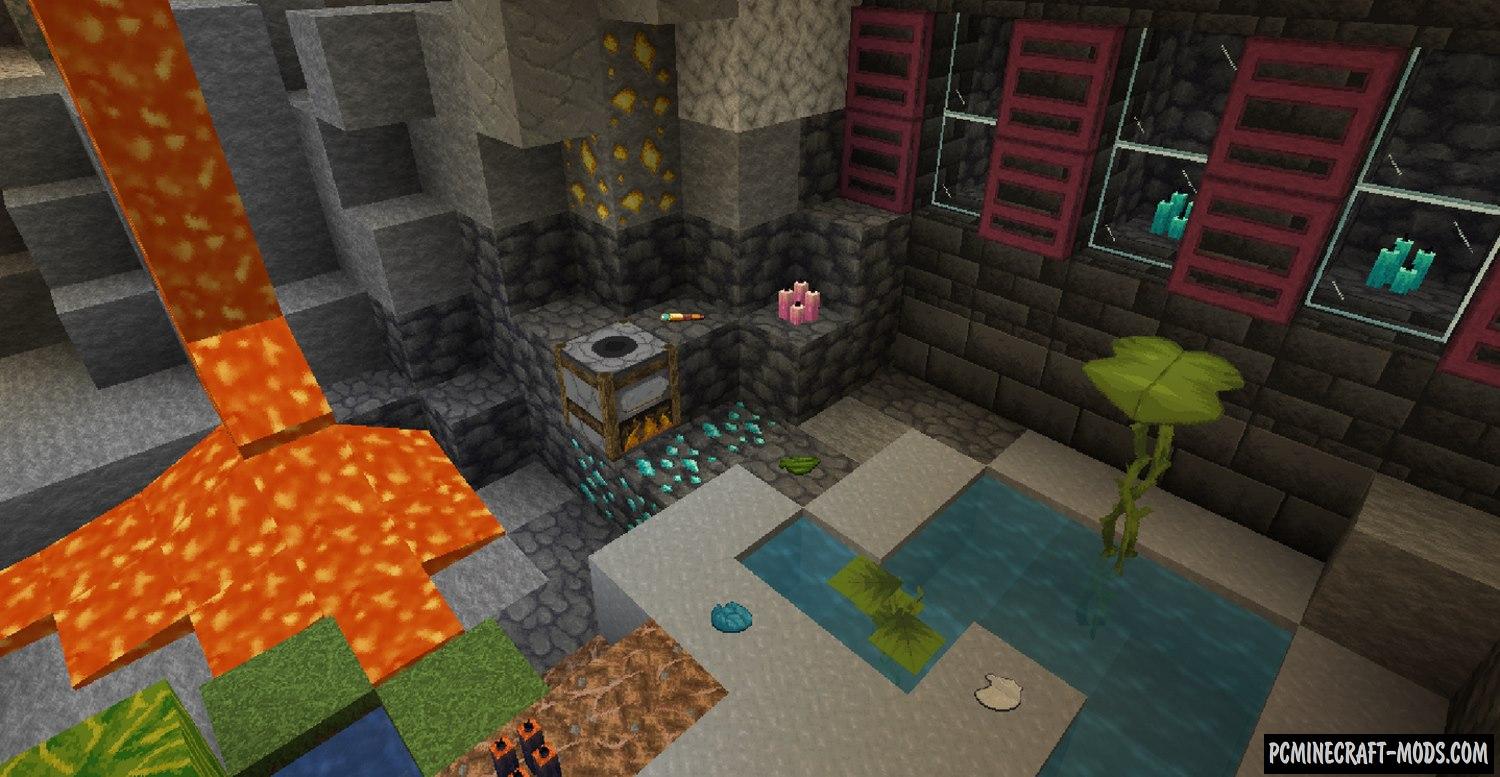