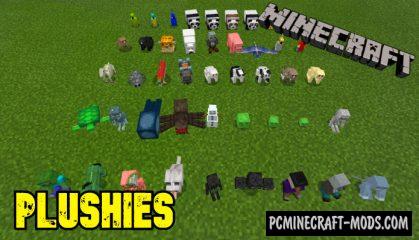 Plushies 1.19.3-1.19.50 – an interesting addon that adds more than 80 plush of hostile and passive mobs that you can use as decorations in Minecraft PE. They will be a great decoration near your home and at the same time a way of protection because they can be used as armor. 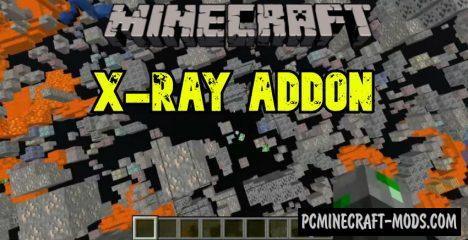 X-Ray 1.19.2-1.18.2 Addon is a hacked resource pack that is used to detect rare ores and blocks in Minecraft PE through other useless blocks. Use this addon for Android or iOS to find rare ores faster and save a lot of time. 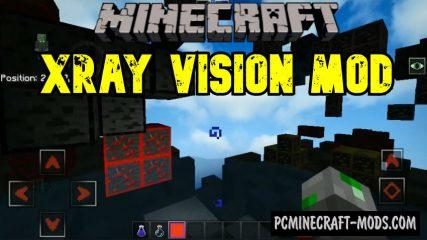 Xray Vision 1.19.2-1.18.2 texture pack contains a unique glitch to look through blocks and it works for Android and iOS. This MCPE hack-mod is configured so that you can only see precious ores, such as diamonds, gold, emeralds, iron, and so on, but the usual blocks of stone, sand and gravel will not be displayed
END_OF_DOCUMENT_TOKEN_TO_BE_REPLACED 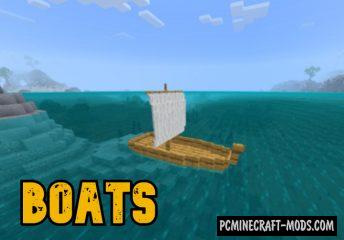 The Custom Boats 1.18.12-1.17.40 add-on adds new, more realistic boat models to the game with the ability to select the sail texture. This will allow the player to make the appearance of the boat the way you want and travel the world on their unique boat. 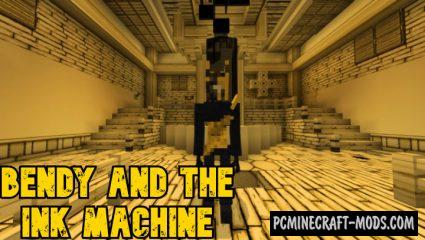 An interesting 1.18.12-1.17.40 addon that contains a lot of new mobs from the horror Bunny and the Ink Machine game. It adds to the game weapons, inky monsters, bosses, and friendly mobs which can be tamed with the coal. 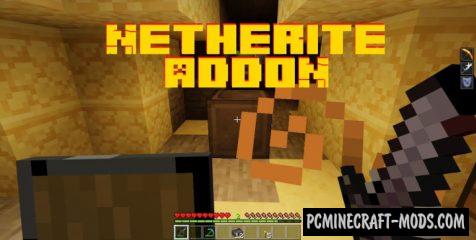 A useful 1.18.12-1.17.40 addon that adds netherite ore from Minecraft 1.16 Java Edition to the game. This ore allows you to create new items, weapons, and magic apples.

More Blocks 1.18.12-1.17.40 – an interesting addon that adds 23 new blocks to the game, which have their own unique textures, sounds, and application options. It is perfect for decorating your rooms in Minecraft Bedrock.

Weather Machine 1.18.12-1.17.40 – is a useful addon that adds the ability to change the weather in Minecraft PE by simply loading modules with the desired weather. Now, if you are tired of rainy or sunny weather, you just need to create a weather machine and install the special module. 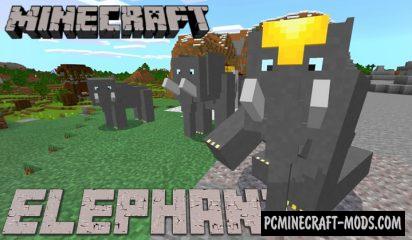 Elephants! 1.18.12-1.17.40 – an interesting addon adds elephants to Minecraft PE that can be tamed and saddled. You can find these giants among animals in desert oases and savanna plateaus, but be careful because elephants don’t like the player and can attack, so wear gold armor when you try to tame them.

An interesting 1.18.12-1.17.40 addon that adds FNAF sister location animatronics characters to your Minecraft Bedrock.Now there are even more of them and their characteristics have become even more dangerous for the player.