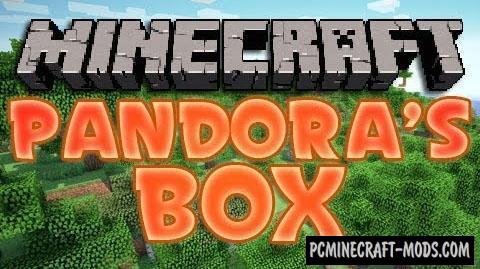 Have you heard about Pandora’s box? Then listen carefully, modification of Pandora’s Box adds to the Minecraft universe new box Pandora, the opening of which in the world will start to happen something strange. According to players, some of them began to disappear Golem, some ore was gone, then began to disappear the house, gardens and much more. All this is strange and only one box can contain so much weird.

How to install Pandora’s Box