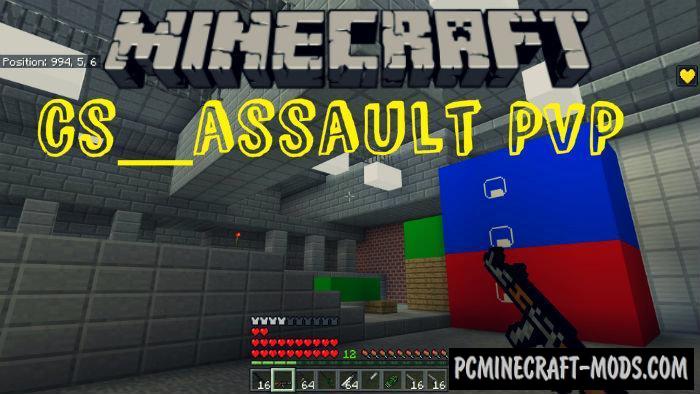 Now you can play Counter-Strike right in your Minecraft. Buy weapons for the earned money and repel the attacks of special forces or try to save hostages from terrorists.

cs_assault is a very old map from Counter-Strike 1.6, released in 1999. Its popularity has not abated and in CS:GO. The territory of the map is an ordinary city with a warehouse. That’s where the terrorists took hostages.

Choose one of the sides and try to reach your team goal. For terrorists-to repel special forces or hold out for a certain time. For special forces-kill all terrorists or rescue hostages. 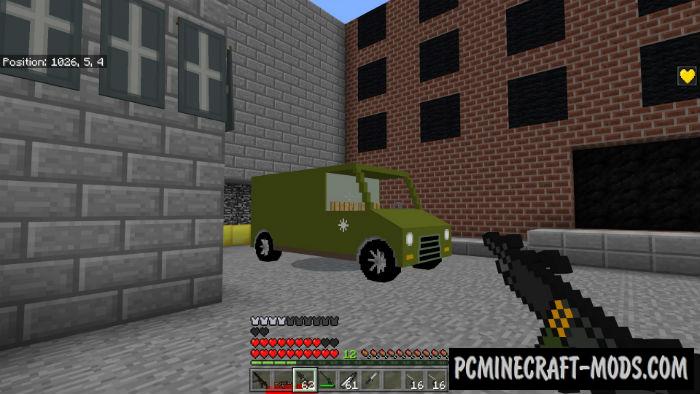 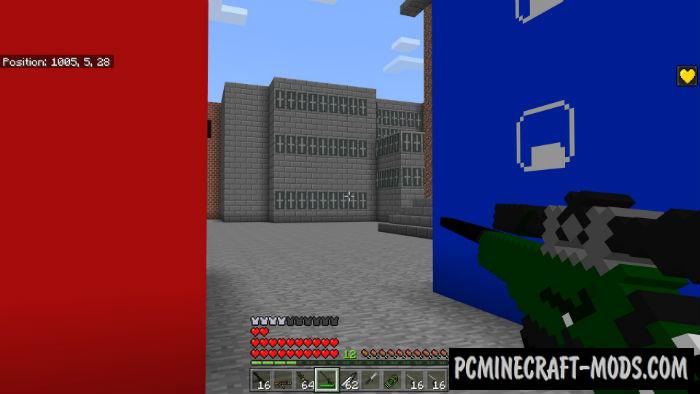