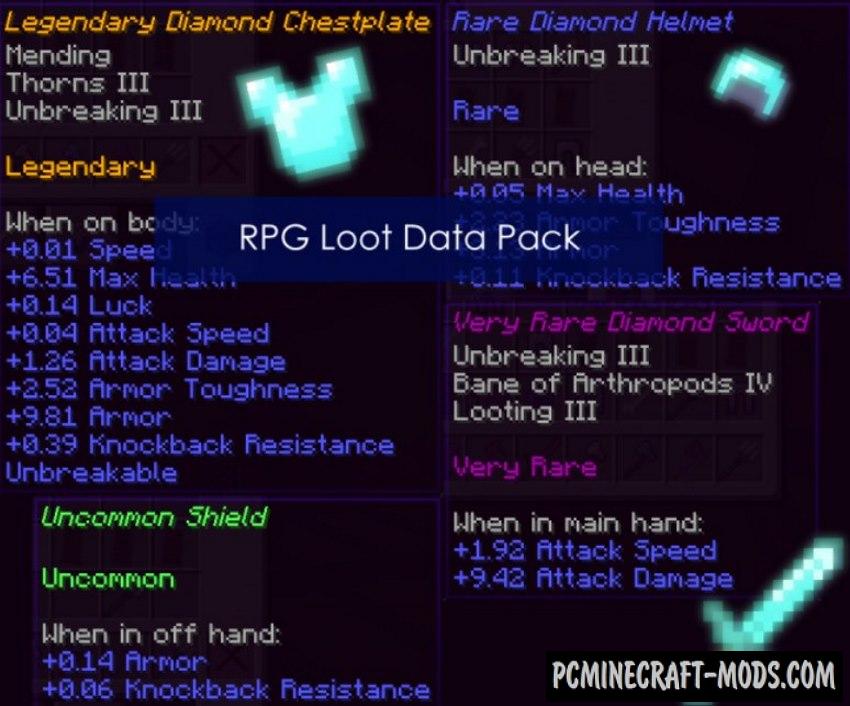 RPG Loot, Mobs and Dungeons 1.16.5-1.16.4 is a unique date pack that contains tons of random characteristics, enchantments and features for items. Now in Minecraft, all found items will get random parameters, as in Borderlands, Dying Light, Darksiders II, Diablo, PoE and other similar games.


This gameplay will appeal to most players and especially for fans of RPG games, because it is an incredible adventure that will become even more random. Additionally, this adds the rarity parameters: Uncommon, Rare, Very Rare, and Legendary. The author also added a rarity for mobs and bosses that enhance them, but this increases the chance to get legendary items. The item characteristics are so random that you can get a wooden pickaxe, but it can be more effective than a regular diamond pickaxe (with the exception of durability), so you will have to spend a lot of time to find the best items. 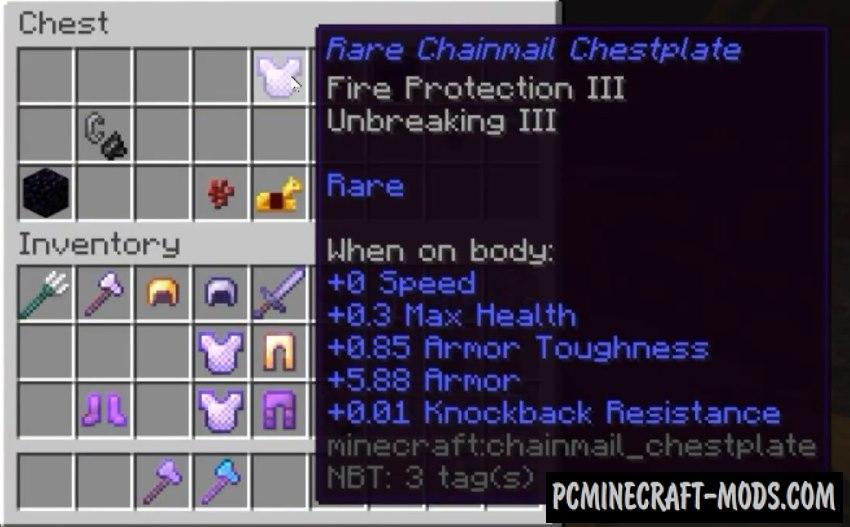 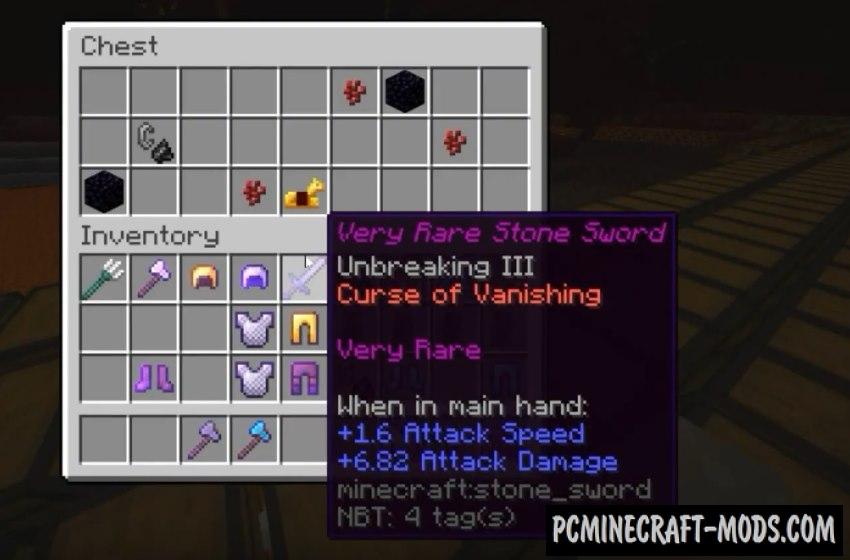 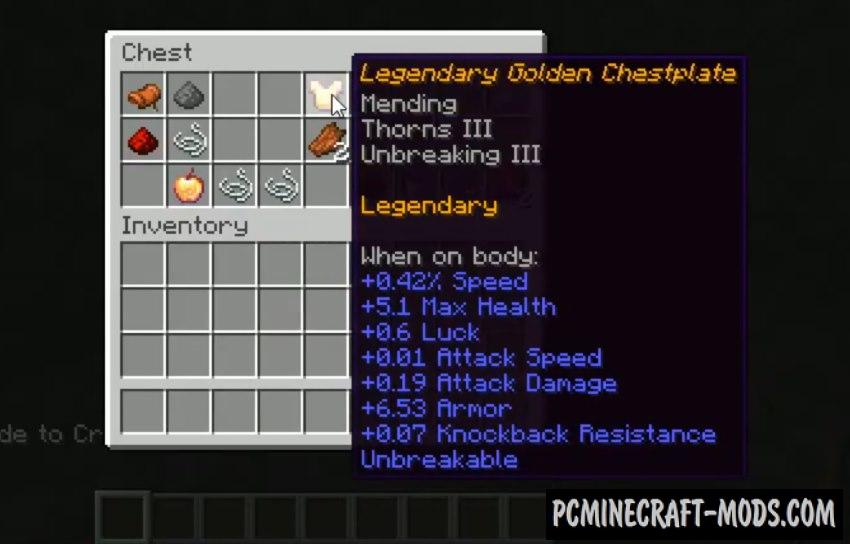