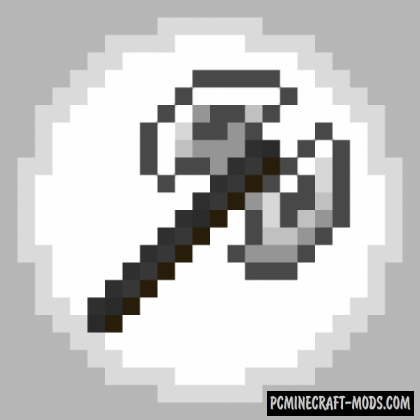 With the Double Bladed Axe 1.16.1-1.15.2 modification, a new weapon will appear in minecraft – a double sided axe, its speed is quieter than a sword, but it is a little more powerful and can attack several opponents at once within a radius of two blocks! You can also improve the axe by combining it with various potions in the crafting stack!


Double axe is somewhat reminiscent of the old PvP mechanics, so it will definitely appeal to old players or those who like to fight against huge crowds of monsters. The author also added a certain feature that is not found in other weapon modifications, for example, if the enemy survives after a hit, it will significantly slow down the enemy.