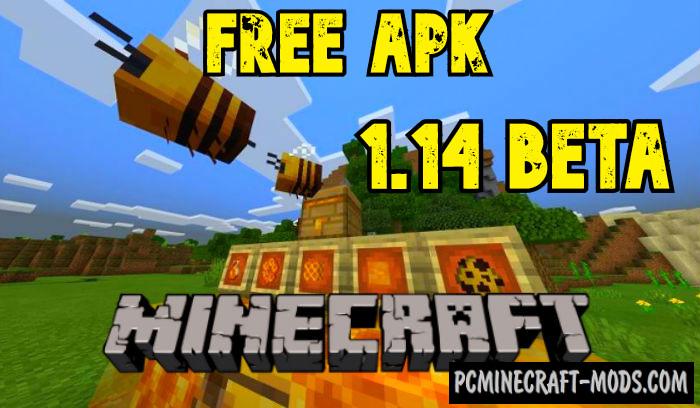 Meet the new 1.14.30.51 “The Buzzy Bees Update” full update for Minecraft Bedrock Edition. MCPE v1.14.30 apk latest mod version is available for download on Android and it adds a bee, honey, honeycomb and new blocks to the game. Some features of the game will not be available, such as Realms servers and transferring your worlds from the regular version.

The Buzzy Bees Update added some new mobs, blocks and some crafting recipes. This is such a small Vanilla Farm Mod which will get more features with every next update of 1.14.2 version.

Bees are the new neutral mobs who adore flowers and constantly collect nectar to create honey. Don’t touch the bees and they won’t touch you! If the bee attacks the player, it leaves its sting in him and dies after a while. 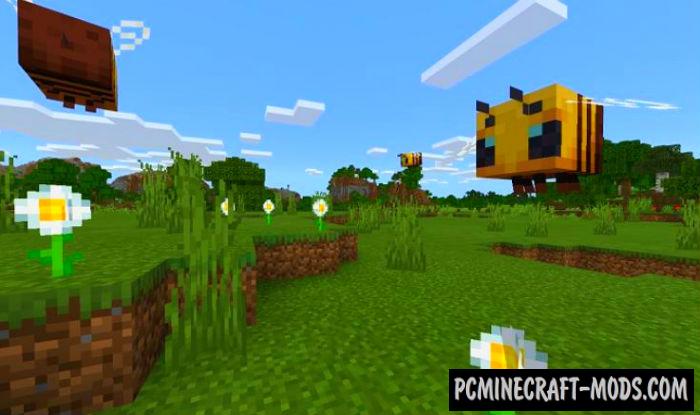 Bees use the hives as a home and store their honey there. There are two types of hives: wild and normal. Wild hive you can find in flower and sunflower biomes. 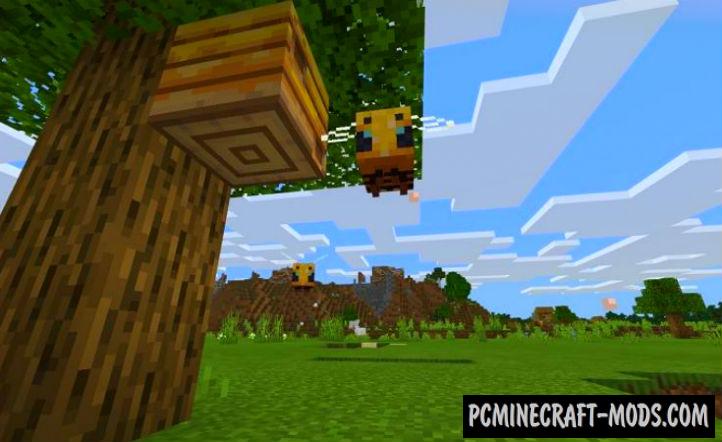 An ordinary hive is created in a workbench of boards and honeycombs.

Each hive has a level, the maximum level is the fifth. If the block has a maximum level of fullness, it will change texture with draining honey. 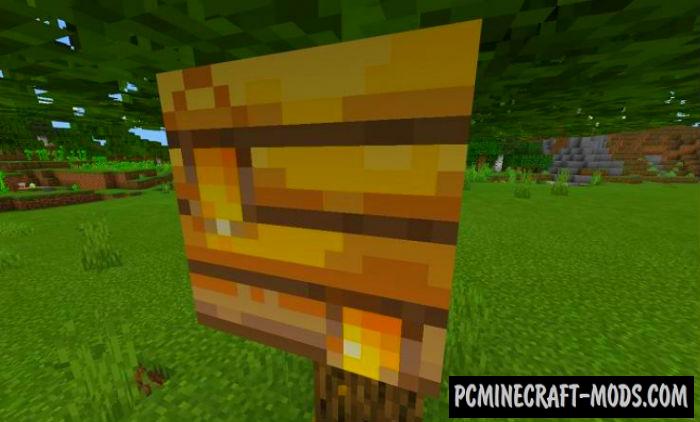 Only on the fifth level of the block you will be able to get honey.

The Honeycomb can be obtained from honey-filled hives. Use a scissors in Minecraft 1.14.2 to get the honeycomb. 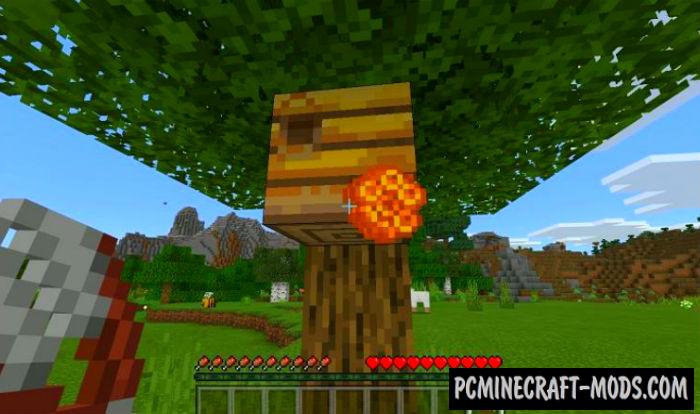 If you use an empty bottle on a honey-filled hive, you can get a bottle of honey that can be used as a food source or to create a honey block. 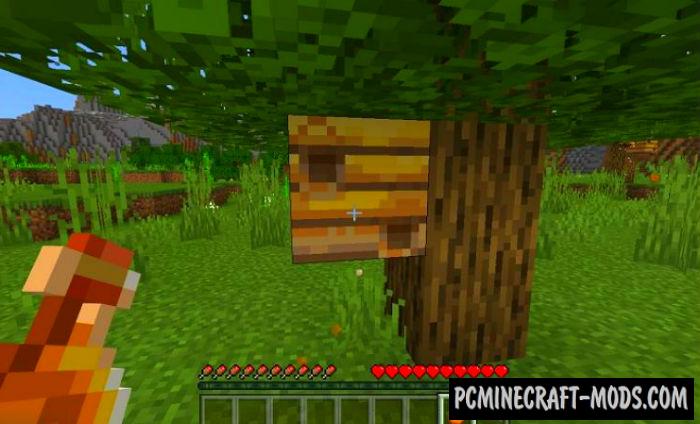 This block is similar to a block of slime, but it differs in that it can glue creatures to itself. 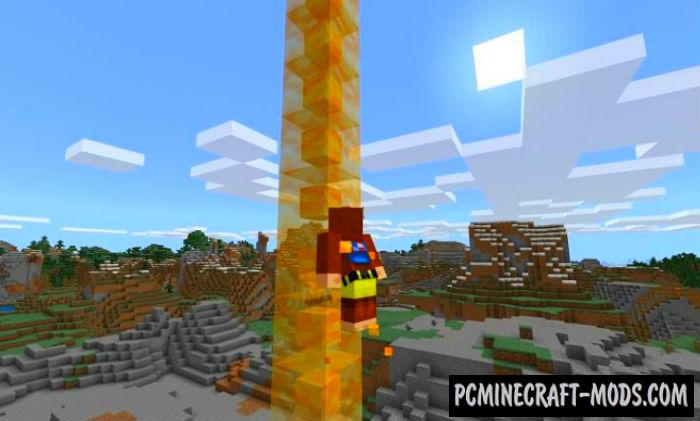 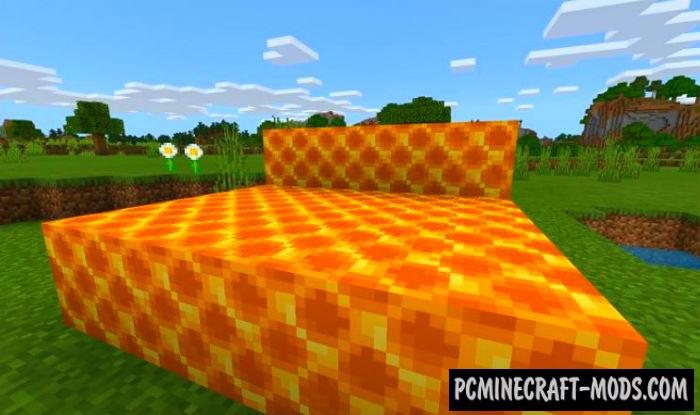 This block can be created from four bottles of honey.