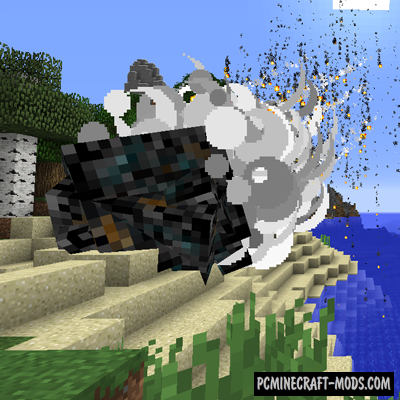 JJ Meteor 1.12.2 is a very funny modification adds the command /meteor. By activating this, a powerful meteor will fall on the earth at the specified location, which will leave behind not only a huge crater, but also an item lying in it, which you will specify in additional sets of commands.


Using a meteorite, you can have great fun , for example, to see how strong your house is or run it on a large city from downloaded maps. Meteor is very effective against large crowds of monsters, you can use this to quickly clear the place of mobs.
Mod for Minecraft 1.12.2 updated to version 1.0.9

You can use the command to cause a meteorite to fall: /meteor x y z destroy second drop_item drop_number where

How to install JJ Meteor Mod