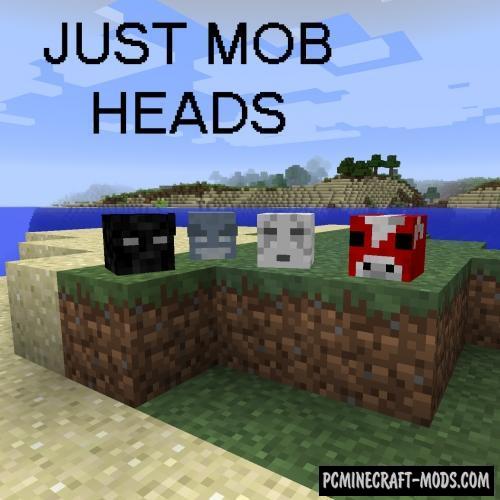 With the Just Mob Heads 1.16.5-1.12.2 mod, the player gets a small chance that after the death of various mobs, their head will fall. You, as a hunter, will get the opportunity to collect all these trophy heads and put it in the right place.


The probability of falling for each mob individually, you can change it yourself in the mod settings. The author also added this feature for all new mobs from Nether Update. Additionally there are several commands to make it easier to collect the heads:
Updated to 3.7 version

How to install Just Mob Heads