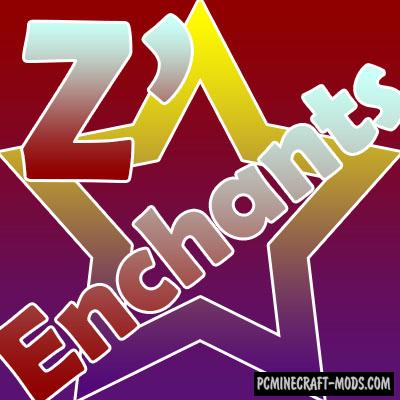 Z’Enchants 1.15.1 – this modification will be able to add a lot of new spells and tweaks, extremely useful for adventures. With it you will be able to freeze and even raise enemies into the sky, increase the experience gained during kills and also mining, walk on lava and water.

How to install Z’Enchants Mod