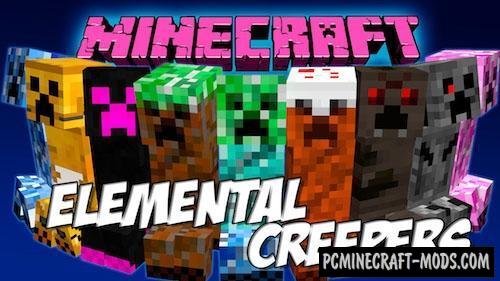 A port of the famous modification called Elemental Creepers 1.17.1-1.16.5, which is able to add a huge number of new creepers to the game world. All of them will be completely different and even with unique abilities. Now, as you explore different biomes, you will meet their elemental creepers. Most of the biomes will become uninhabitable, but there you can get rare items from the creepers.

How to install Elemental Creepers