This is another rare seed that contains double Piglin Bastion (Bastion Remnant), Ocean Monument, 2 Ice Spikes structures, 2 Snow Villages and Pillager Outpost. All this is located in the snow biome and each player will spend a little time walking between these structures.

How do I find the Piglin Bastion? 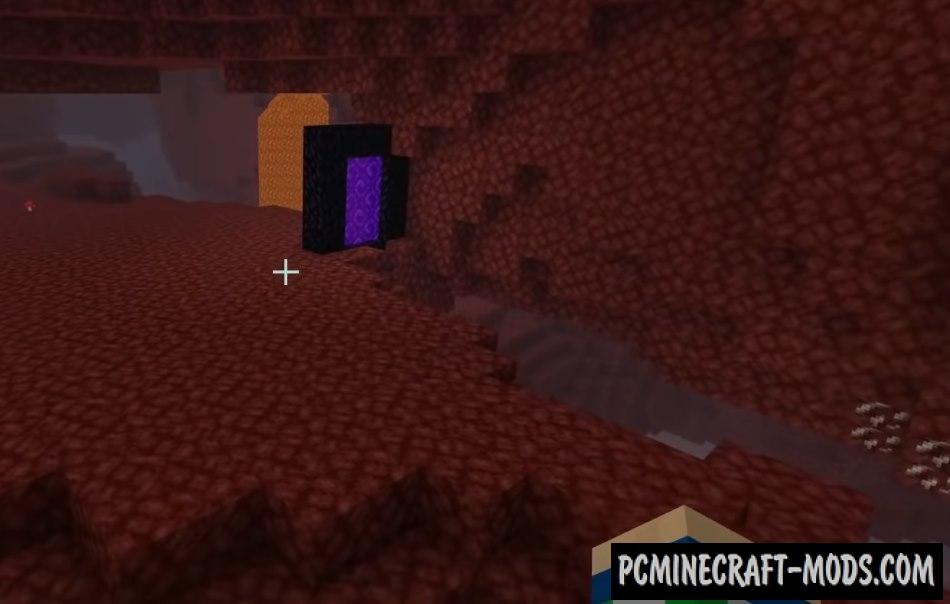 In place of spawn, you will need to build a portal to Nether World. You can simply destroy the block and then return with the necessary resources after a while.

After teleportation, you can see the descent leading down, go down there and on the left side you can see a double Piglin Bastion. It’s surrounded by a lava lake on one side and a rock on the other, so it’s a little difficult to clean up this structure. 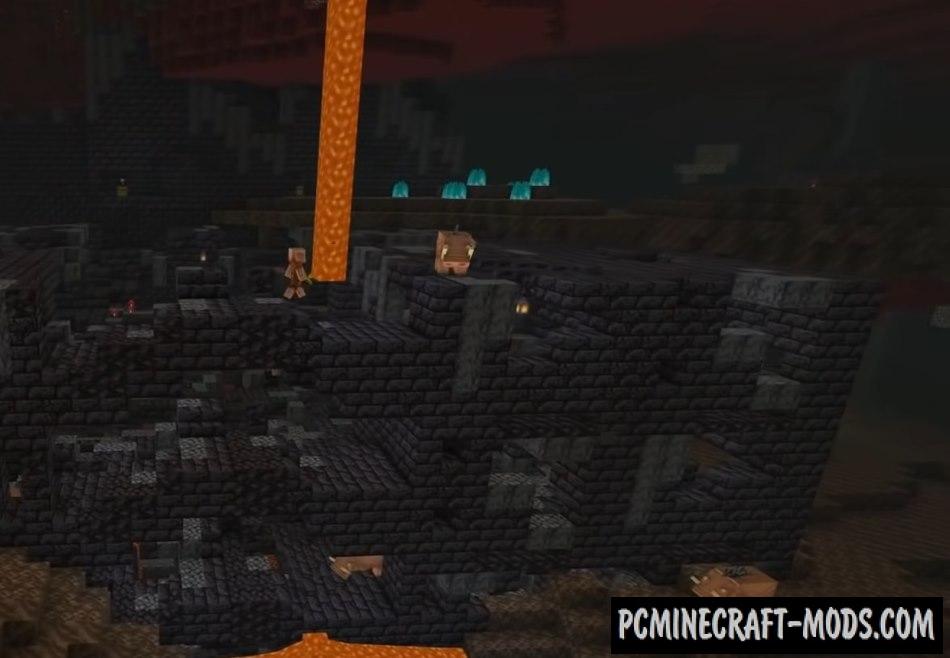 How do I find the Ocean Monument?

After spawn, move forward to the snow biome, as soon as the snow blocks start, just turn left 90 degrees. Move forward until you reach the snow-covered beach. Then, without changing course, start swimming until you notice small Islands, in front of them somewhere is the Ocean Monument. Additionally, about 50 blocks from the beach there is a sunken ship.

How do I find the Ice Spikes and Snow Village? 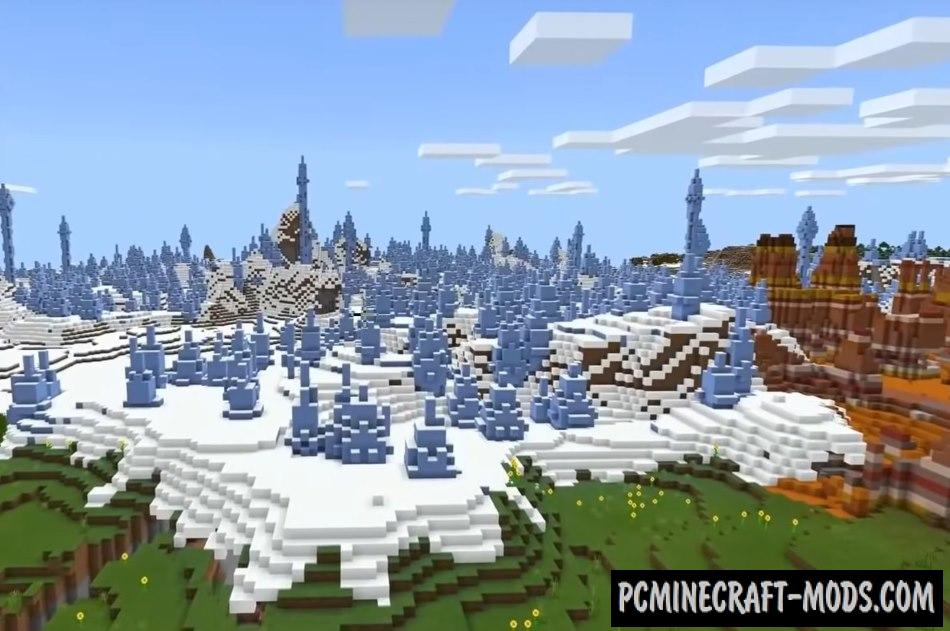 After the spawn, move forward. The first Ice Spikes structure is located on a hill. Near this beautiful place, two snow villages were generated on different sides of Ice Spikes. A little further away, near the forest, you can see Pillager Outpost, it is something like many scenes from popular movies and cartoons in which robbers settled near a huge forest and then raided beautiful castles. The second Ice Spikes structure was generated almost at the end of the snow biome, so it creates a great atmosphere of the ice planet.