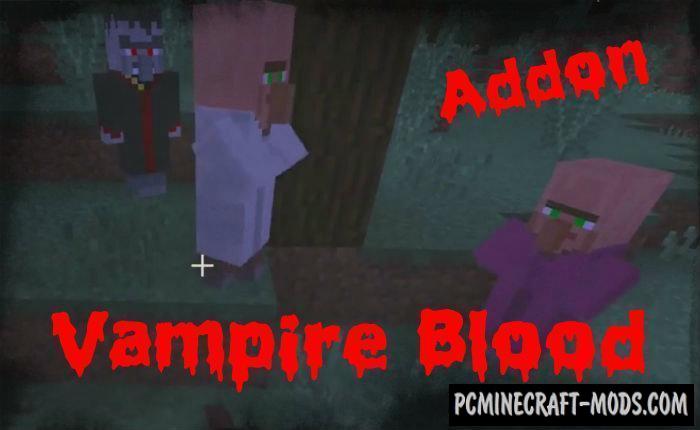 This amazing addon adds several new vampire mobs and their various forms to the game world. They have their own textures, sounds and behaviors. Vampires are able to appear in swampy areas, as well as attack victims and infect them with their vampire blood.

How to find a Vampire?

To find a vampire, you will need to wait for the night, because they look like spiders and zombies and have the same behavior to be afraid of the sun’s rays. Vampires prey on humans, especially villagers. To see them hunt, you need to be near the village or generate vampires yourself from the creative inventory. 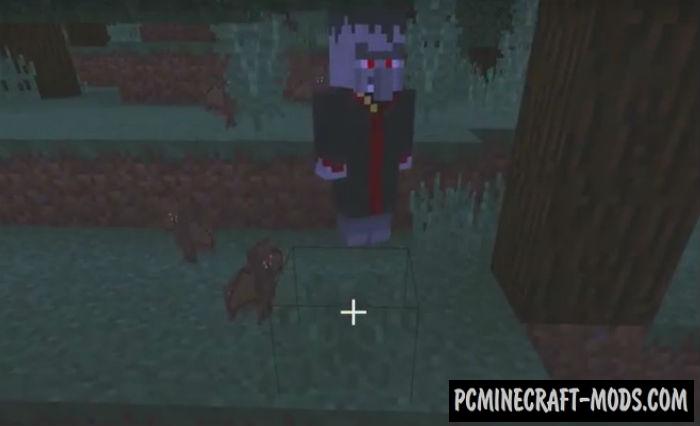