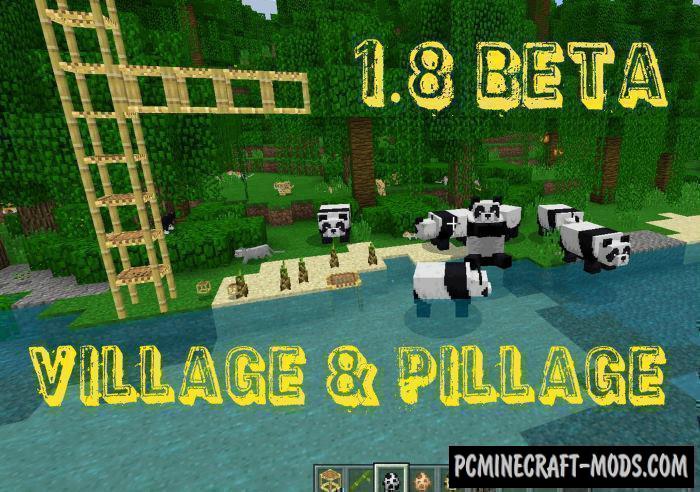 In Minecraft PE 1.13.1.5 Beta you can test all the new features that will be added to the Grand Village and Pillage Update. It is enough to have a phone or tablet with android or ios, and MCPE Beta version can be downloaded to Windows 10.

The developers from Mojang continue to add interesting innovations to Minecraft Bedrock Edition: Pandas, Cats, but most importantly it is a new Village & Villagers update!

A long time in Minecraft game did not add peace-loving animals, but this update will fix it: added pandas. Now you can see living in bamboo thickets cute and kind pandas. 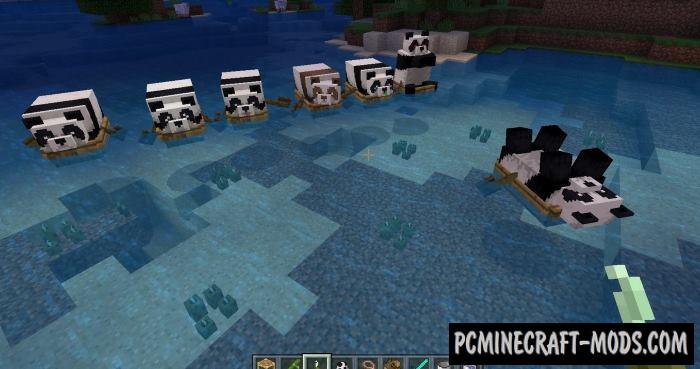 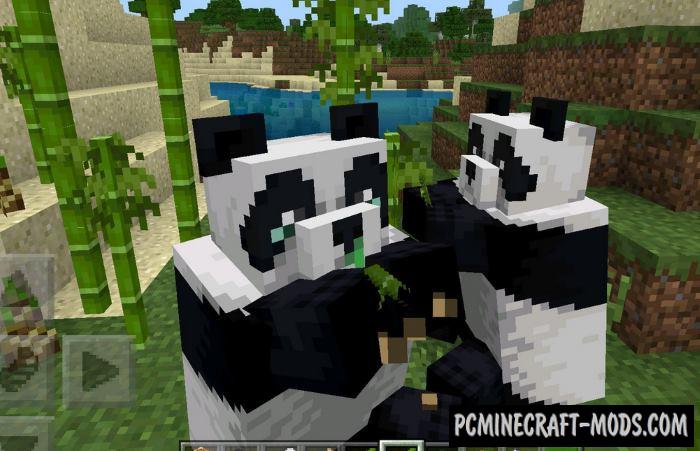 However, the thickets themselves in Minecraft yet, and bamboo can only be found in chests scattered around the world, which is good, but it can be made such a useful thing as scaffolding — climb up has become easier and faster than it was before. 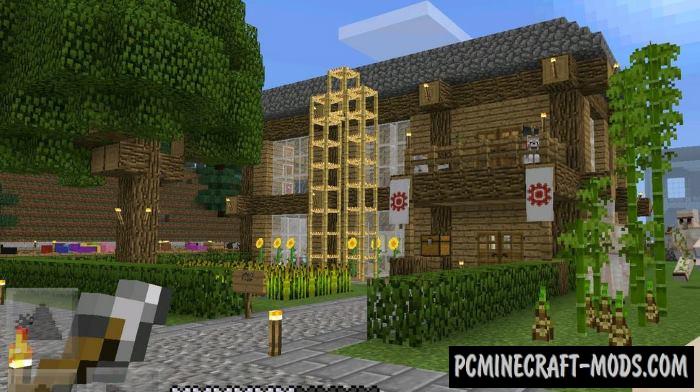 Break such a “tower” is also easier, because it breaks like cacti: destroying the lower block, break all the higher blocks.

The village residents is also slightly edited, like cats, along with ocelots. The latter can no longer be tamed, you can only earn trust by giving them your fish. However, it is now possible to tame stray cats, which will be spawn in the villages: now they play the role of ocelots, and find them in the villagers — a common phenomenon. 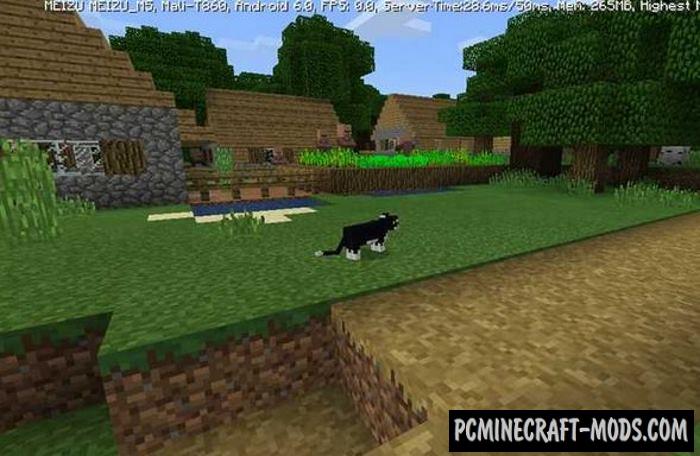 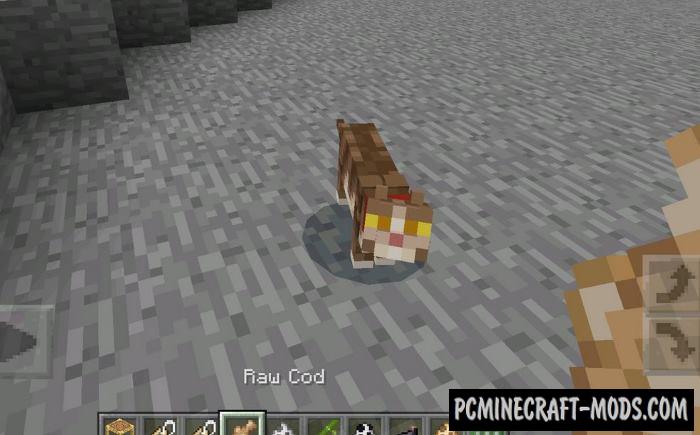 Another important change is that the phantoms will avoid your cute cats in every way. This is another reason to have a little furry friend.

Gamerule command has also changed: some rules can now be changed without enabling cheats, and as you remember, cheats disable achievements in the world forever. List of commands that can be changed:

By the way, a number gamerule settings have expanded randomTickSpeed — the new value.

Mojang rarely updates the add-on features, but this time the mods will get their changes: there will be opportunities to create mobs with their own model, animation and particles. Particles, by the way, can be made separately.

Fixed a lot of bugs that were in Minecraft 1.7.0 hence the stability of the game has improved. Play became more pleasant.

Coral bushes
Coral bushes are somewhat similar to coral plants, but they are generated only on the sides of the coral.
A total of five coral bushes are available: blue, pink, purple, red and yellow. 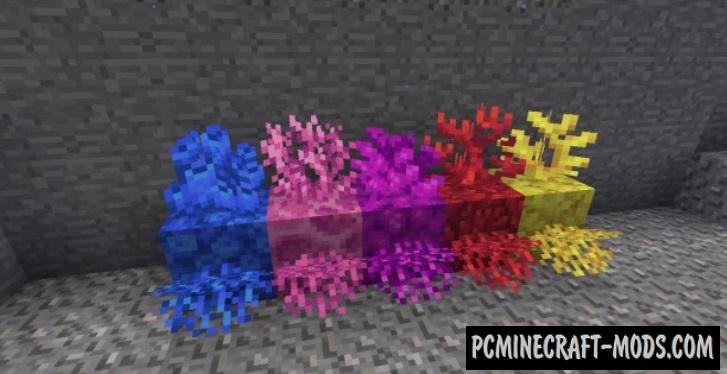 Drowned Zombies
These monsters can appear in the oceans and in rivers. If an ordinary zombie drowns, it will turn into a drowned man. 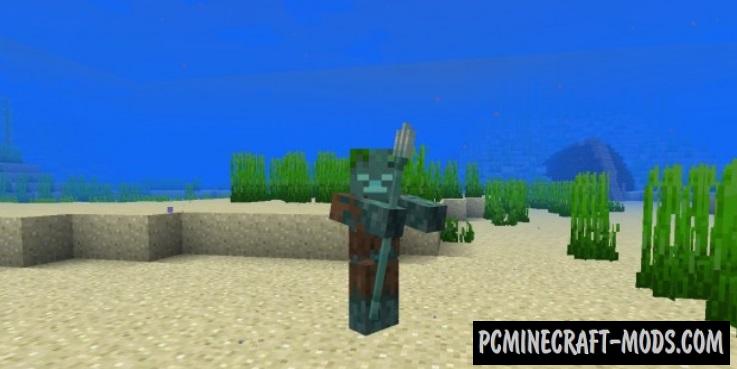 The drowned mob can appear with a Trident in his hands, and he knows how to swim!

Sunken ship
Sunken ships can be found in the oceans and beaches. In them you can find three different prey, which depend on the type of ship. 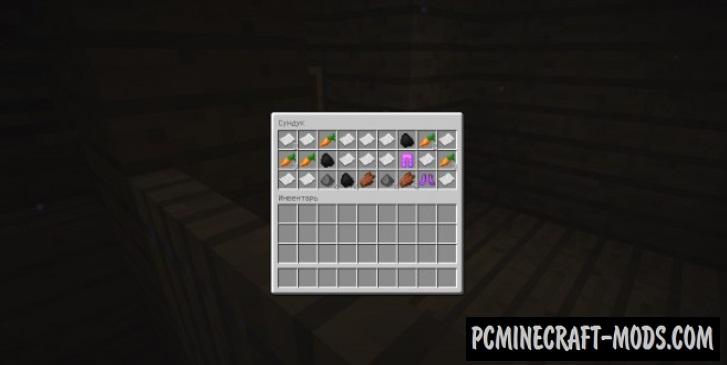 Feature of ships is a still lies in the fact that they can be generated in whole or in some parts, and even upside down!.

And the developers also announced that the first beta 1.3 for Android, Windows 10 and Xbox one could be released this week. Only the latest version of beta can be downloaded to the iPhone.

I've seen a lot of people confused about this so I hope this clears some things up:
Minecraft Java Edition 1.14 is the entire Village & Pillage update + Taiga/etc. Snapshots will be starting soon!
1.15 is the next unannounced major themed update and not yet in development.

Just note that the first version will include several new features, and not all at once.

Next, we are waiting for a huge number of updates, when developers will fully carry all the necessary functions, mobs, items and other graphic design.